I sit on a transformation committee at the University of the Free State with the objective of reviewing names, symbols and spaces at the institution. This committee has no powers to actually transform these symbols but can make recommendations to that effect. I joined this committee on 21 May 2019 but it was created into existence through the planning framework of the Integrated Transformation Plan (ITP) of the university which was adopted by the Council of the University of the Free State, hereafter referred to as Council, in March 2017. From my purview, the work of this committee is slow, bureaucratic and non-representative of the student community.

I am the only student on the committee who is not a member of the Student Representative Council (SRC). The very incorporation of this committee manifests a centralisation of the university’s powerful groups meeting to decide how to advance the liberation of the powerless. My invitation was received due to very vocal work in student media where I serve as the outgoing Chief Editor of IRAWA, the university’s student newspaper. Student media has been very critical of the process for the removal of the MT Steyn statue from the university and related symbolic transformation.

As such, I was delighted to join the inner working of the process to assist where I could, while also maintaining stern criticisms for how it could improve. There are two large problems I have identified. First, the people who want the institution to transform have no decision-making power and those that do have such power are guided by interests that maintain the university’s present symbols. Second, there is insufficient effort from the university to include students in decisions that will affect them.

A minor point is that each year, the students represented on this council will change due to a new SRC being elected. Another minor point is the lack of clarity on the true objective of the university’s management with regard to transformation. We have received very vague values that could either mean an overhaul of the university’s current “white Christian man” symbolism or some complicated means of bringing that culture together with those of marginalised communities.

At a media lunch, the university’s Rector and Vice-Chancellor, Francis Petersen, expressed, “At the moment, what plays out on campuses in terms of institutional culture is two opposing poles, one that I call white privilege and black pain. And those are always in tension, to a certain extent,” Petersen said. “In certain instances, when the two poles get closer to one another, you get a sort of a reconciliation. But something can snap it very easily leading to polarisation. That’s what we try to manage.”

Those last words reminded me of the comments of former postgraduate student, Mpho Matsitle, at a dialogue after the Shimla Park assault, wherein black protesting students were assaulted by white students after disrupting a rugby game at the university. “You know Frank Wilderson said that the role of the black politician is to manage black anger and from my interactions with them, they fit that description of a black politician,” he said. “It’s how we’ve worked in South Africa since 1994. When something happens we sit down, talk until it bleeds and nothing gets done.”

So, clearly Petersen has opted to fit into this mould, adopting a vague vocabulary of transformation while appeasing disadvantaged groups. However, the real clues of what transformation objective the university possesses is within the interests of its Council, which is the sole decision-making body for names and symbols. The best indication of their interests are the policies they have passed.

The most relevant policy to peruse is the “Policy of the University of the Free State on Naming and Renaming” as approved by the university’s Council on 8 March 2013 (and seemingly has not been reviewed since). The policy lists seven broad conditions for naming — Transformation, Reconciliation, Excellence, Distinctiveness, Leadership, Comprehensiveness, and Balance and Sensitivity. Some of these aims are described in seemingly contradictory terms. For instance, the Transformation condition is described as “a commitment to pursue justice, equality and redress in a changing country and a transforming university” while the Distinctiveness condition states “a commitment to the unique history, economy, culture and geography of the university” and the Balance and Sensitivity conditions recommends “being sensitive and respectful in pursuing change.”

It is particularly worrying that the university intends to preserve its history through names because of the unjust history of this institution. For instance, the university admitted its first black undergraduate student in 1988 and the university only removed Afrikaans from mainstream instruction in its language policy in 2016 — although classes are still being taught in Afrikaans presently. It is also worrying that the university refers to a “unique economy, culture and geography.” This is both because of the aforementioned point of how problematic this unique culture presently exists as but also because transformation should be an intersectional and universally accessible process that does not attempt to craft a singular unique identity.

Most worrying is the burden of respectability, which is seemingly a massive barrier to progress at the institution. If students had opted for respectability instead of the Fees Must Fall protests, institutions of higher learning would be far more exclusive and under-transformed today. In fact, a stronger recommendation would be to encourage a radical shift of politics.

Coming back to the naming policy, we should be concerned about how it attempts to achieve transformation (if it does even truly have this objective.) As it expands, it becomes clear that “Transformation” is far less important than confirming the present and historical nature of the university. “The naming of a University asset seeks to honour an individual or an organisation where such individual or organisation has made a gift or contribution to the University” states the policy. Clearly, largely disadvantaged and oppressed groups are far less likely to contribute meaningfully enough to warrant this representation — especially in the history of an institution where only white (and often Afrikaans) people were allowed to contribute. The policy continues to state, “A naming right is directly proportional to the contribution of the person or organisation.” Still today, the “gift” to the university is likely to arise from privileged interest groups. Moreover, it is awfully strange that the university refers to its components as assets. These are sites of memory and symbolism which are reduced by the university to an aspect of capital.

“Names that may promote disharmony are not considered” states the policy quite boldly. The irony of this statement is that the present names which may not change anytime soon due to those people’s “gifts” to the university create immense disharmony. However, the mere fact that they create disharmony does not qualify their removal. At the same time, polarising names from disadvantaged groups can be disqualified for the same reason. This means the burden for names of the past is incongruent with the burden for new names. It’s clear here why the old names would then persist. But more than this, the policy (and the university) is very unclear on what “disharmony” means or how it is possible to not have disharmony during a naming process. Is it considered disharmony when white Afrikaans interest groups rebel against transformation processes? Is it considered disharmony when predominantly-black and poor students attempt to remove a statue? Is their attempting to remove that statue not evidence enough that such a monument creates “immense disharmony.”

Of course, the argument for the removal of the statue is far more complex than simply “disharmony.” Students have a reached a moment of decolonisation across the country which calls for the regeneration of the university space to emancipate its occupants. This cannot be achieved without the removal of symbols of their persecution. It achieves a symbolic shift from one’s chains to one’s liberation.

This moves us to the pivotal question, why has the statue of MT Steyn not fallen yet. There is the technical answer. “The MT Steyn Statue will remain on campus until the university is provided with feedback of approval from the Permit Committee of the Free State Provincial Heritage Resources Authority,” IRAWA reported. As a member of the committee, it is also clear to me that this process is presently in the hands of this heritage authority, which moves at its pace.

However, this does not explain why the process to remove the statue did not start in 1988 when black undergraduate students were first admitted, in 1994 when South Africa transitioned to democracy or in 2007 when the university elected its first Rector of colour. If this process had begun at these dates, I am certain it would be complete by now.

Perhaps, the answer is less technical and more ideological. It is only recently that the university has felt compelled to start the process in the first place. Because the process only started recently, it cannot be completed by now. This is the core reason the university will not transform. The people who have the power to change the institution simply will not start any process unless compelled to do so — and they are especially compelled to do so by the radical action I espoused earlier.

So, if the institution calls for respect and sensitivity, they should be cognisant that such an approach results in nothing happening. The Council simply will not take broad transformative steps on their own. This is their own fault and it is a deliberate action on their part to protect the university’s “unique history, economy, culture and geography.” They see the university’s symbols as assets which they certainly would not do away with unless those assets depreciate — much like what “immense disharmony” would achieve.

It seems then that creating noise about how problematic monuments at the university are and organising to lobby their removal are the most effective strategy for students to transform their space. Presently, working committees and the SRC engage in a respectability for the process that will not result in progressive outcomes without any riot from students.

So, where to from here? First, students should call for the review of the naming policy. The policy itself states, “A review, of the efficacy and efficiency of the University in implementing this policy, will be conducted at the end of the fourth year of each cycle of five years for which it has been approved.” This means the policy, which was passed in 2013 and has not been reviewed, is noncompliant with its own terms and a review must be initiated immediately. Through this review, students can challenge the core contradictions of this policy and make critical changes. Even if they do not make any significant changes, the conversation around the policy review will create enough noise to encourage more transformation. Students will be challenging the Council directly and this creates momentum for the sort of riots that bring transformation.

Second, students need to organise. The transformation committee that I sit on will soon create a consultative process for students to review and suggest new names. The committee has audited all symbols at the institution, including their histories and significance. This information should be widely shared to all students to conscientise them and inspire critical thought about the spaces they inhibit.

The lesson? Statues don’t fall if we don’t take them down. They are made of stone, bronze and metal. They will never move of their own accord. University councils and the policies they create are exactly like that. They are embedded into the raised platform of unjust histories, economies, cultures and geographies. The true statues sit on the councils of our institutions and if we do not agitate them, they will never fall. 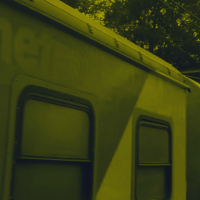