‘’And thus, as white people, it is our duty to atone every day for what our forefathers did, to work hard to earn our sense of belonging on this great continent and to respond to Mandela’s generosity in the only way that we can: by actively participating in the fight against racial inequality that he fought against his whole life, that he was prepared to die for, and that still causes as much suffering and injustice in South Africa today as it always has.’’

‘’….he mourns ‘a fatal defect in his own makeup, the defect of pitying even the beings he most hated.’ But of course it is no defect at all. It is the highest, most humanizing grace.’’

I want to talk about the negotiations between the ANC and the Apartheid regime between 1988 and 1994. The agreements reached in these talks did benefit the white population and white government a lot more than most thought was just and fair. For example, the ANC allowed white farmers to keep their land instead of returning the land back to its rightful owners from whom it was stolen through hundreds of years of colonialism and Apartheid land ownership legislation. It is for this reason that many people blame Mandela for ‘selling out to the whites.’

I find this argument persuasive. It feels like white people broadly (also the murderers and war criminals in the Apartheid government) were not held to account at all and were allowed to continue to exist relatively undisturbed after 1994, privilege intact.Tweet

I have to admit, looking back now it does seem incredibly unfair. After 500 years of the terrors of colonisation, the inhumanity of slavery, the destruction of culture, violent prejudice, the stripping away of dignity and the pervasive evil of the system of Apartheid, the leadership of the rightful owners of South Africa were willing to let the white people continue on with their lives as if nothing had happened.

In hindsight, I can’t comprehend why Mandela forgave white South Africans immediately and immediately pushed for unity instead of some (much deserved) retribution. But this is where I would like to push back against the narrative painting Mandela as weak and a sell-out. I am going to suggest that it is more nuanced than that.

Morality is mostly seen as being based on the principles of fairness and proportionality. That is to say, if I do something bad to you, it is immoral, and morally speaking, I deserve to be punished. Morality is also based on the premise of reciprocity. That is to say that if I do something good for you, it would be morally sound for you to return the favour.

The other almost universally accepted basis for morality is empathy. This is the so-called ‘Golden Rule’: do unto others what you would wish for yourself. Almost all religions subscribe to this form of morality.

However, I have a problem with this definition of morality and view of ‘right and wrong’ — it is all based on self-interest. It implies that I should only do something good for you if you would have done the same thing for me if you were in the same position. Morality is thus presented to us as a zero-sum game.

Let’s take this to real-world examples. When true evil, cruelty and suffering is caused by a bad actor, it is believed to deserve proportional punishment. Historically, this has been the case throughout genocides, wars, systems of prejudice and other forms of evil acted by one group or person upon another.

Revenge is, after all, one of the most natural and universally accepted reactions to severe injustice and pure evil. On the principle of fairness, of proportionality, through basic elements of morality, the oppressors should been held accountable on a mass scale.

However, this is not what happened. Inexplicably, miraculously, defying the deepest instincts of human nature, Nelson Mandela, as leader of the oppressed majority, did the exact opposite. Mandela forgave. Mandela showed mercy, compassion, charity, generosity, kindness and love.

Mandela looked the people who had almost sentenced him to death, tortured his family and imprisoned him for half his life in the eyes and forgave them. This is what many moral philosophers and theologians would call ‘grace’.

This brings me back to original quote:

He chose the morality that is not based on reciprocity or proportionately or self-interest or justice, but morality that manifests as love, given without a reason, extended to those who do not deserve it. Unwarranted, excessive, unbridled, unmerited, pure love.

Mandela did what the oppressors never could: recognise the humanity and worth of other human beings. And the fact that he did this when the other human beings had come so close to losing their humanity by causing so much suffering is truly remarkable. This is why I think Mandela chose forgiveness and a peaceful transition when he could have pursued retribution and justice.

And I understand the flaw in my argument that makes it offensive to many: potentially, the fact that Mandela chose compromise means that black people suffer a lot more economic and social inequality than they would have otherwise. Mandela should have gotten the land back and pursued radical economic transformation and demanded reparations. This is a tragic reality and must be addressed as effectively and soon as possible.

But my point still stands. The fact that Mandela chose moral superiority, the fact that he chose the most beautiful sides of human nature like forgiveness, compassion and grace, meant that South Africa was born into a landscape of love and not a bloody civil war.

Most important is what this means for white people. White people – especially us Afrikaners – owe everything to the unmerited, unwarranted forgiveness we were so generously given when we so decidedly deserved the opposite.

White people in South Africa have been given a second chance, not because we deserve it, but because of the love and goodness that was extended to us by the African people that our ancestors oppressed for so long. And this is the most important thing for us to internalise. We should live in constant gratitude of this fact. We should constantly be aware that our sense of belonging, our forgiveness, was not earned but was a generous gift.

And thus it is our duty – all of us – to atone for what our forefathers did, to earn our sense of belonging to this great continent and to respond to Mandela’s generosity in the only way that we can: by actively participating in the fight against racial inequality that he fought against his whole life, that he was prepared to die for, and that still causes as much suffering and injustice in South Africa today as it always has.

Franciscus Crouse is a student at the University of Pretoria 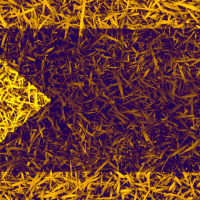