Fellow white people, please open your mind and heart while reading this. Take your time to reconsider thought patterns and possible biases. I’ve always thought myself painfully aware of racial inequality and biases, but lately I discovered I’ve actually been quite naive and accepting about many attitudes among white people. I want to share what I’ve realised regarding white privilege and its nuances.

As white people, we enjoy benefits we don’t deserve and usually don’t recognise. This is especially prominent in South Africa, where white privilege was literally enforced by law. Tweet

There are some obvious benefits to being white, such as being more likely to have better education and opportunities and be of a higher socio-economic class. According to 2017 statistics, the average income of white South Africans (R 444 446 per year) was about 5 times more than the average income of black South Africans (R92 893 per year). Many Afrikaners would respond to this by emphasising the hard work they put in to earn their success, or that Apartheid was long ago and we should move on. It’s sad that these statements ignore the fact that Apartheid created the comfortable and secure circumstances that enabled success while suppressing other groups’ opportunities to develop and thrive — or even meet basic needs. The chaos created by Apartheid, as well as our failure to correct or compensate for injustices, are the primary reasons South Africa remains one of the most unequal countries in the world. We live in a country where the wealthiest 1% owns 67% and the top 10% owns 93% of all the wealth. The remaining 90% of South Africans owns only 7% of the wealth.

Still not convinced of the socio-economic benefits that come along with whiteness? Consider this thought experiment from Oxfam’s Even It Up report:

Nthabiseng was born to a poor black family in Limpopo, a rural area in South Africa. On the same day, Pieter was born nearby in a rich suburb of Cape Town. Nthabiseng’s mother had no formal schooling and her father is unemployed, whereas Pieter’s parents both completed university education at Stellenbosch University and have well-paid jobs.

As a result, Nthabiseng and Pieter’s life chances are vastly different. Nthabiseng is almost one and a half times as likely to die in the first year of her life as Pieter. He is likely to live more than 15 years longer than Nthabiseng.

Pieter will complete on average 12 years of schooling and will most probably go to university, whereas Nthabiseng will be lucky if she gets one year. Such basics as clean toilets, clean water or decent healthcare will be out of her reach. If Nthabiseng has children there is a very high chance they will also grow up equally poor.

Being white also comes with less obvious benefits, such as more freedom, better life satisfaction (due to a higher standard of living), and a lower likelihood to be seen as “suspicious” and be interrogated by police. What’s more, the world usually sees whiteness as the universal standard — e.g. for experiences (white weddings) and beauty (lighter skin, straight hair, slim figure). We as white people have been indoctrinated to see other races as different while we perceive ourselves as the standard human beings. To illustrate, it is very common for Afrikaners to use the word “anderskleuriges.” Oh really, is this skin colour the normal one? Even though we only constitute 7.9% of the South African population? In first grade, my mother scolded me for calling a crayon “menskleur” — a word that was used at my Afrikaans school by kids and teachers alike.

Also, it’s time we recognised that, globally, white people have dominated entertainment and media industries for centuries — and even history. This reinforced the idea that being white is normal — whereas, in reality, white people are a global minority. Tweet

Let’s start with us white Afrikaners, who seem to believe our religion, morals, and intellect are superior to those of other races. Afrikaners tend to make comments which imply that black people are stupid, immoral, or lazy. It’s baffling that we fail to recognise that poverty and lack of basic services such as access to piped water and electricity (largely due to Apartheid and its aftermath) severely inhibit people’s ability to break from the poverty cycle. The less money, less education and lower quality of living you have, the harder it is to earn money. Because of poverty and associated negative psychological consequences, the incidence of social issues and crime might also be higher. It has nothing to do with skin colour or culture or inherently inferior genetics.

Regarding how people of colour perceive whiteness: Have you ever realised that lighter skin is usually seen as more beautiful? Persons with very dark skins often feel ashamed of it — all because of a perception of inferiority that has been sustained and reinforced for centuries. When I dated a Motswana, his family and friends would congratulate him on dating a white girl. As if he upgraded or something. When visiting his family in a rural area, they made comments implying that it would dishonour me to use their pit toilet, and refused to let me help with household chores such as washing dishes. Even at home affairs he also received preferential treatment because he was with a white person.

Most of us don’t realise how intense this worship of whiteness is. A drop in a sea of examples illustrating how race influences our perceptions of value, is that black people (especially guys) often ask me to introduce them to my white friends (girls). No white person has ever asked me something similar.

What should we do about these dark layers of white privilege? Most importantly, we should recognise our privilege and entitlement to undeserved benefits. If we take baby steps to acknowledge injustices, we can start confronting them. Only then can we tackle the direct or indirect outcomes of white privilege (e.g. privatisation of public services) and factors that further exacerbate inequality (e.g. poor living conditions, education and health care, as well as tax evasion by the elite).

Let’s start paying attention to the white threads woven into the story of our lives, our social interactions, and our institutions. Let’s stop removing ourselves from the experiences of people of colour. As we continue with our day, let’s ruminate on the pain that paved the way for our pleasure.

Jemima Meyer is a community dietitian, composer and writer. 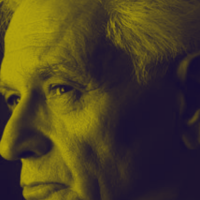