This article has been released onto the new First Comm Podcast, accessible on SoundCloud, Spotify, SimpleCast or your favourite major podcast outlet.

The Free State Department of Health has flouted the guidelines laid out in the third revision (published in 2013) of the National Complaints Management Protocol for the Public Health Sector of South Africa. This is according to Bongani Luti, an activist for the rights of outsourced workers at the University of the Free State (UFS). He laid out his encounter with this department when he embarked on a journey to find answers to the possibly preventable death of his 5 year-old son Vusumuzi Thembinkosi Luti 14 years ago, in May 2005.

Luti has requested access to this report but his requests have been denied, deferred and the release has been delayed.

According to Luti, the delay in the release of the investigation report to him is characteristic of the government’s nonchalant attitude towards such a personal loss which may potentially have been avoided if Vusumuzi had received professional treatment earlier.

Dr Mooya has not directly spoken on the existence of the report. However, in an email addressed to Mr Luti on December 18, 2018, in response to Mr Luti’s request for the report, Dr Mooya writes:

This request was submitted to the Head of the Free State Department of Health, Dr David Motau, on 19 December 2018. Despite the fact that Dr Motau redirected Luti’s request to Mr S.C. Polelo, Deputy Director General for the National Health Insurance provincially, authorising Dr Mooya to release the report, the report has still not been released to Mr Luti.

Vusumuzi had been in the care of his grandmother and aunt, Kholiswa Madela, when he suddenly became ill. Madela describes Vusumuzi, prior to the illness, as an active and playful child. They gave him cough medication but soon realised that his symptoms were becoming worse as the little boy’s coughs were laden with phlegm and by Monday, 23 May 2005, Vusumuzi began to lose his sight.

At this point, Madela’s mother took her grandson to Dewetsdorp Clinic for professional assistance. An attendant at the clinic allegedly told Vusumuzi’s grandmother that most nursing staff were unavailable for work due to a workshop taking place. She then approached a pharmacist identified as Sister van Zyl to either assist the child or request an ambulance to rush Vusumuzi to a hospital. At this point, Sister van Zyl allegedly deferred to instructions from the first attendant they encountered and also refused to assist in any way.

Two days after this incident, Vusumuzi’s grandmother approached a private practitioner on 25 May 2005, who referred Vusumuzi to the pediatric clinic of Pelonomi regional hospital where he was admitted on 26 May 2005. It was then discovered, at Pelonomi regional hospital, that Vusumuzi had contracted the life-threatening infectious disease Pneumococcal Meningitis, an inflammation of the lining around the brain and spinal cord caused by pneumococcal bacteria, which is one of the most life-threatening major forms of meningitis.

Within two days of his admission, on 28 May 2005, Vusumuzi had passed away as a result of the illness at 01:45 a.m. Luti alleges that he was told by Vusumuzi’s attending doctor; Dr Wilhelm Friederich Karshagen, who has been retired for 3 years now, that the tragedy may have been prevented if Vusumuzi had been referred to Pelonomi earlier.

Back in 2005, after the death of his son, Luti told his story to the Daily Sun. Following the publication of his story, Dr Victor Mooya contacted Luti, on behalf of the District Clinical Specialist Team, and requested a meeting with him in Dewetsdorp to establish what happened.

During the meeting, Luti expressed his disappointment as he understood that his son’s life could have been saved had he been treated timeously.

Luti alleges that following the meeting, neither Dr Mooya or the DCST contacted him regarding the outcomes of the investigation into his son’s death. In 2017, tired of the silence around the investigation, he emailed Lucretia Moshego, an officer for Quality Assurance at the National Department of Health, to obtain an update. In their email correspondence, Moshego told Luti that his complaint had been transferred to Bophelo House, the seat of the Free State Department of Health.

Luti was then contacted in 2017 by Lucy Ramongalo, the Deputy Director of Nursing Standards Compliance. Ramongalo requested a meeting with Luti where they were joined by Reverend Liphoko Majoe. In email correspondence, Ramongalo stated,

According to Luti, he did not receive a reference number, a letter, progress report or conclusive report regarding the outcome of the investigation despite the fact that his son passed away more than a decade ago. During the provincial complaints redress done by Ramongalo and Reverend Majoe, Luti claims that he felt he was being coerced into accepting the verdict of the department.

“They said to me ‘okay sir, if you are not satisfied you can pursue litigation where you may win or lose the case.’ [Ramongalo] proceeded to tell me that litigation would be very expensive for me because even if I was to win the case of the final settlement amount, the lawyers would subtract half of the final settlement amount for their services.”

On 12 August 2019, I sent Ramongalo an email to request an interview with a list of questions attached. The interview was meant to obtain a response from her regarding the allegations laid out in this article as they relate to her department. In my email, I extended the option for her to choose whether to conduct this interview in person or respond electronically. She was unresponsive. A follow-up email was sent on 18 October 2019 to Ramongalo to remind her of the initial interview request and list of questions. I have not yet received a response from her.

On 05 February 2019, I sent an email designated for media inquiries by the official website of the Free State Department of Health to establish whether a training had occurred at Dewetsdorp Clinic and rendered it unable to serve the community in the stated time-frame. There was no response received to this email. I then sent a follow-up email address on 11 September 2019 and again on 18 October 2019 to which there has not yet been any response. I further contacted Mondli Mvambi, who is designated on the Free State Department of Health’s official website as the Head of Communications.

On 23 October 2019 Mvambi contacted me via email and gave me his contact numbers through which we agreed to arrange an interview before the end of November. This interview has not yet transpired although I have contacted him on multiple occasions to remind him of the interview request. As such, the comments of the HOD; Dr David Motau, Lucy Ramongallo, and Dr Vic Mooya are unavailable.

This report was first published in The Journalist. 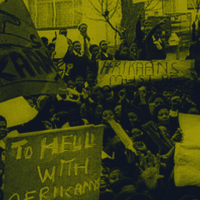 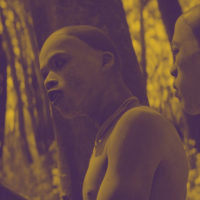 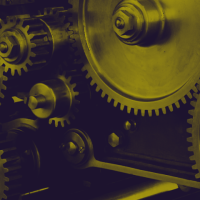