Bianca Schoombee optimistically applied for Miss South Africa 2020. She withdrew her application due to the discovery of  her racist tweets from 2013/2014. She has received both backlash and support from all sorts of South Africans online. We can verify her age from part of the 21-year old’s apology: “the discovery of my Tweets from six years ago when I was 14”. We were in the same high school together, and in the same grade. We both attended Welkom Gimnasium from 2012 up until our matric year, 2016.

I managed to pin-point and define Bianca Schoombee ever since our grade eight initiation camp.  I saw her in the corner of my eye in all assemblies throughout highschool. From personal experience, there is one thing that remained unchangeable about her. She is beautiful and popular, and always has been. Her circle consisted of strictly popular girls in our grade. I can remember our matric farewell back in 2016, as if it happened recently. I remember Bianca Schoombee’s dress. She wore a white dress that consisted of bridal qualities. She was a person that revolved around glamour and was not afraid to show it. Her elegance is inspiring. It’s just the subconscious thoughts behind her ”funny” tweets that are reputationally cringe. These tweets would humour a teenager in a heartbeat, but in a woke society like today, it is evident by the criticism and comments that her tweets are in fact problematic and unacceptable.

I remember an occasion in grade 11 where coincidentally I was acquainted with Bianca. Our school arranged a Tourism trip for our grade. Even though, since the excursion, we briefly socialised and had a proper introduction, I never knew her personally. I was too afraid to get to know a popular person in school because of the horrible stereotypes and especially since I was obsessed with a movie where a popular girl couldn’t stand a quiet girl and decided to humiliate her. I feared humiliation and suffered from severe anti-social practices. I guess that my anxiety completely stopped me from getting to know Bianca Schoombee.

It came to my surprise when I opened Twitter to #BiancaMustFall. I almost immediately didn’t recognise her. I thought she was a sweet girl that was anything but problematic. However, she was trending on Twitter for something opposite of sweet and something that should be unforgivable – racism. I will not preach about forgiveness or that she was young. That is the opposite of what I believe in. It is true she was young, but it is not as if she was too young to own a Twitter account and too young to acknowledge racism. Bianca was 14 or 15.  She was old enough to decide if tweeting those statements were the best thing to do. She was in a multi-racial school. Every grade had a total of five classes. Two were for the Afrikaans-speaking pupils and three were for the English classes. The Afrikaans classes ranged between 30-35 individuals, whilst the English classes had a few more, around 40. The Afrikaans classes were mostly white, and then the English classes were mostly black. Her older brother was enrolled in our school too.

When I went through Bianca’s feedback commentary from Black Twitter recently, I found a tweet which said, “I went to school with Bianca from grade 8 until matric and I can confirm that she is racist. Bianca and her squad always called us names like Kaffir, told us how we don’t belong [in] Gim, how our parents should be domestic workers and how we stinked.”

No one should forgive racism. Racism should be destroyed. I am tired of people ‘forgiving’ people who have made racist remarks. People see giving an apology as forgiving yourself. They apologise but refuse victims that are so scarred by the words and actions to forgive.

When Kevin Hart was called out for his homophobic tweets, he stepped down from hosting the Oscars. For Jeffrey Starr’s racial remarks, it takes more than just an apology. Being called out isn’t like playing chess where you have to apologise every time that you are in the ‘check-mate’ zone. Being called out is not unfair or a “whiny cancel culture”. Calling you out for your hateful words, no matter how many years ago, is just a developing society who has had enough of people stripping away humanity’s strings because of the colour of your skin, because of your body or your sexual orientation – even if you were 14 years old.

Aspiring journalist, might have to fight a robot one day to become one though. View all posts by Cadesia_debruin 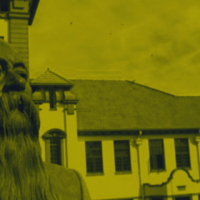